Reform Initiatives, in Water Supply & Sanitation Sector, calls for a whole hearted involvement and ownership oriented decisive role of the community in Operation & Maintenance (O & M) in both the sectors, to make it more community friendly.

Keeping in view of sustainability in water sector, the guidelines for necessary maintenance of water supply arrangement are proposed to be decentralized to the Gaon Panchayat (GP) putting the ownership to the concerned GPs towards support of O&M initiatives.

In the above back cloth, a reform initiative is fostered by the PHED, Assam to involve the community in the O&M of rural PWSS, in the interest of sustained levels of services. Much of the ground-breaking work on community management of PWSS has already started rolling in many areas and such endeavour has succeeded to shift the responsibility and the ownership of the rural PWSS to the community to ensure the smooth functioning of the PWSS. Furthermore, cost recovery for O&M and replacement costs, in part or full, has also led to viable economics and sustainability of the schemes. These initiatives are being institutionalised with formation Water Users’ Committees for each PWSSs.

Some incentive from Govt. is necessary to attract the community towards their involvement in O&M of PWSS. Hence a Social Responsibility Award is declared for Water Users’ Committees in the State of Assam, which is named as “উত্তম গ্ৰাম্য পানীযোগান পৰিচালনা পুৰষ্কাৰ”.

Main objectives of this Award (incentive) may be as follows:

The Award will be considered as Chief Minister’s Award for the Water Users’ Committees for their Excellency of the Services to the Community. Such a coveted Award will consist of a Momento, a Citation and an Award Money amounting to Rs. 50000.00 for each Awardee. The incentive amount of each Award is expected to encourage the Committee and also to help in fulfilling the critical gap with some sustainability measures for the PWSS.

Awarded Water Users’ Committee shall utilize the Award money (Incentive Amount) for necessary improvement in the Water and Sanitation sectors, within the jurisdiction of the Committee only. It should be utilized strictly for the betterment of services as decided by the Executive Body of Water Users’ Committee and such decision must be ratified in a General meeting of all water users collectively. 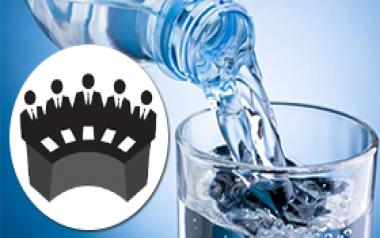